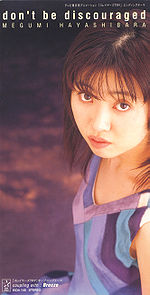 The single reached #4 on the weekly Oricon chart and stayed on the chart for a total of eight weeks. This is Hayashibara's second highest charting single (it was her highest until 2002's "Northern lights"). It sold 211,340 copies in total, becoming her best selling solo single, and the twelfth best selling anison single all time.