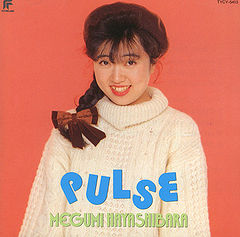 In 1994, the single was re-released as a 12cm Single. This time around the CD contained the karaoke versions for each one of the songs. Since this version has eight tracks, it is often mislabeled as an album. This edition was also appeared on the Oricon charts: #84, and charted for one week, selling 5,040 copies.