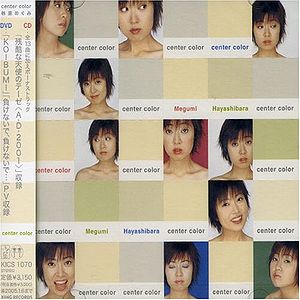 "center color" is the eleventh album released by Hayashibara Megumi. Much like her previous album, this album is made almost completely up of singles and previously released b-sides. The song "Da・i・ki・ra・i" is the only previously unreleased track on the album. The first press edition came with a DVD containing the music videos for "KOIBUMI" and "Makenaide, Makenaide...".