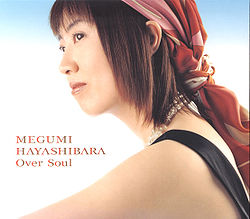 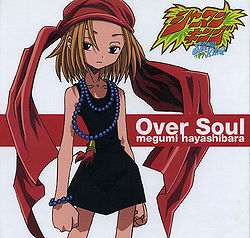 "Over Soul" is the 38th single released by Hayashibara Megumi. The title track was used as the first opening theme song to the anime Shaman King (which was adapted from the popular Weekly Shonen Jump manga series), and the B-side was used as the series first ending theme song. The single was released in two editions (a first for Hayashibara): a regular edition with Hayashibara on the cover, and a limited edition anime version of the single with Hayashibara's character Kyoyama Anna on the cover. The first press of the regular edition came with a Hayashibara trading card, and the first press for limited edition came with a Shaman King trading card.

This is Hayashibara first time working with her new composer and arranger, Takahashi Go.