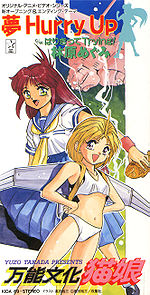 "Yume Hurry Up" is the eleventh single (sixth major label single) released by Hayashibara Megumi. The single is Hayashibara's second single to be released that is tied into the anime OVA of Takada Yuzo's Banno Bunka Nekomusume. The title track was used as the second opening theme song to the series, while "Harikitte Trying" was used as the second closing song. Hayashibara voiced the series' main character, Natsume Atsuko aka Nuku Nuku. This is Hayashibara's first single where she worked with famed seiyuu lyricist Arimori Satomi.

The single reached #58 on the Oricon chart and stayed on the chart for a total of one week. This single sold 6,980 copies in total. 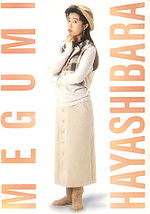 There are currently two version of "Yume Hurry Up" to be found in Hayashibara Megumi's discography.