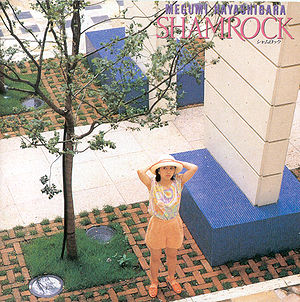 "SHAMROCK" is the fourth album released by Hayashibara Megumi. Much like Hayashibara's second album, all of the songs found on "SHAMROCK" had tie-ins with different anime series. The first press edition of the album came with a 40 page, hardcover, photo booklet. This is Hayashibara's first album to include contributions from some of her longtime collaborators such as composer Okazaki Ritsuko and lyricist Arimori Satomi. 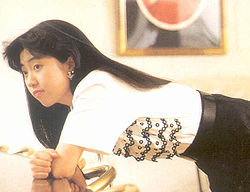 The majority of the songs were used in the All Cutural Purpose Cat Girl Nuku Nuku OAV (Ganbatte!, COMET rendez-vous, ROCK de Ikou, and Only One) and Mahou no Princcess Micky Momo (4 Gatsu no Yuki, Yume wo Dakishimete, and Suki Yori Daisuki Minky Smile). The song "In The Fluffy MOON Nite" is an English language version of Hayashibara's "Haruneko Fushigi Tsukiyo -Oshiete Happiness-" single.

The album reached #12 on the Oricon chart, and stayed on the chart for a total of four weeks, selling 42,510 copies. The re-release of the album failed to chart on the Oricon.