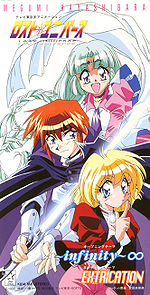 The single reached #8 on the weekly Oricon chart, and stayed on the chart for a total of nine weeks. This is Hayashibara's fourth best selling single. The song also managed to reach #1 on the radio program, SOMETHING DREAMS Multimedia Countdown. After falling to #3 and #4 in following weeks, the song jumped back to #1 during its fourth week on the show. The single sold over 142,000 copies in total. 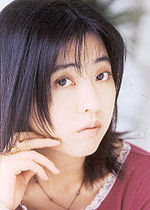 There are currently two version of "~infinity~∞" to be found in Hayashiara Megumi's discography.

~infinity~∞
Found on Hayashibara's "~infinity~∞" single as track #1. This is the standard version of the song. The song is later found on the Lost Universe soundtrack, Lost Universe Tracks Contents 1 as track #2.

~infinity~∞ (Off Vocal Version)
Found on Hayashibara's "~infinity~∞" single as track #4. This is the same as the standard version of the song, execpt without the vocals.

~infinity~∞ (TV Size)
Found on the Lost Universe soundtrack, Lost Universe Tracks Contents 1 (released on 1998.07.03) as track #24. This is the short version of the song, which was used in the anime.