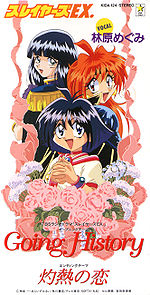 "Going Hitory" is the 19th single (14th major label single) released by Hayashibara Megumi. The title track was used as the opening theme to the Slayers EX radio drama. The B-side, "Shakunetsu no Koi" was used as the series ending theme song. This is the third Slayers releated single released by Hayashibara. The pictures of Hayashibara found on the single are from the same phootshot as "WHAT'S UP GUY'S?" single, which was released a month prior.

The single peaked at #25 on the weekly Oricon chart, and stayed on the chart for a total of six weeks. It sold 62,560 copies in total. 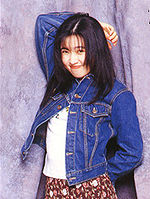