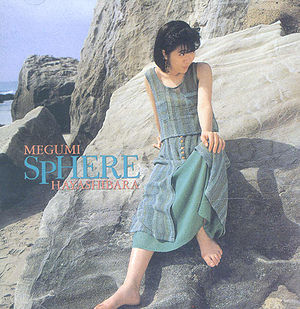 "SPHERE" is the fifth album released by Hayashibara Megumi. The album is made up of a mixture of previous anime tie-ins and new original tracks. The first press edition of the album came with cardboard box case, a 32 page color picture booklet, and a 20 page booklet containing photos and comical drawings by Hayashibara.

Two songs feature then up-and-coming anison singer-songwriter, Okui Masami. The singer sang the chorus on the tracks "Nakeba Ii no" and "be Natural". The songs "Bon Voyage!" and "Sunaona Kimochi" were written and composed by Okazaki Ritsuko and she later covered them on her "Ritzberry Fields" album.

The album reached #8 on the Oricon chart, and stayed on the chart for a total of four weeks, selling 70,810 copies. The re-release of the album failed to chart on the Oricon.