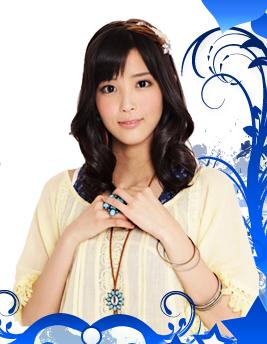 Kitahara Sayaka is a soloist under FRAME and is a former member of Hello! Project as a Hello! Pro Egg.

Kitahara Sayaka joined Hello! Project in 2004 as a member of Hello! Pro Egg along with 32 other girls. As an Egg Sayaka spent years learning to dance, sing and act. She was a back-up dancer for Hello! Project concerts throughout the years.

In 2008 Sayaka was placed into the group MilkyWay along with fellow egg Kikkawa Yuu and Morning Musume member Kusumi Koharu. This group sang the theme song and other songs within the anime Kirarin Revolution in which Sayaka also provided voice acting for one of the main characters. While in MilkyWay Sayaka took part in two singles and four compilation albums for the anime. Once the anime ended the group became defunct and Sayaka would only then take part in egg activities.

On March 9, 2011 it was announced that Sayaka had completed her Egg training, and was now part of the Up Front Group section Tight Pro Corp.

On April 21, 2011 it was revealed that Sayaka would debut as a soloist under the FRAME section of Up Front Group under the name Sorano Aoi (CV: Kitahara Sayaka). The single titled Yappa Seishun will be the ending song for the anime Inuzama Eleven GO in which Sayaka provides the voice work for the character Sorano Aoi. The single will be released under the Piccolo Town label.

In July 2013 Sayaka became part of a duo which featured her pairing up with a new seiyuu from the Inazuma Eleven GO Galaxy series each single, and every single being used as a theme song to both the animated series and various video game releases.