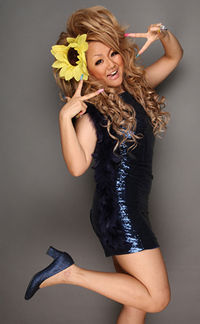 Nachu is a Japanese idol singer, and celebrity talent. She was part of SDN48's First Generation and did the MC for their stage. She also sometimes preformed in stages for SDN48's Second Generation.