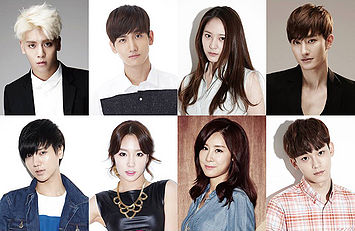 S.M. THE BALLAD (S.M. 더 발라드) is a Korean project group that debuted in 2010 by SM Entertainment. Originally, the group was formed including Super Junior's member Kyuhyun, SHINee's Jong Hyun, TRAX's Jay, and debuting singer JINO. Their debut album, which was planned to be released on November 25, was delayed until November 29 due the Yeonpyeong's incident. In February 2014, SM announced that the group would comeback with a new line-up: Dong Bang Shin Ki's Changmin, Super Junior's Yesung, Super Junior M's Zhou Mi, f(x)'s Krystal, Girls' Generation's Taeyeon, EXO's Chen, Zhang Liyin and Jong Hyun, the only one remaining from the original line-up. 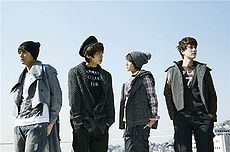