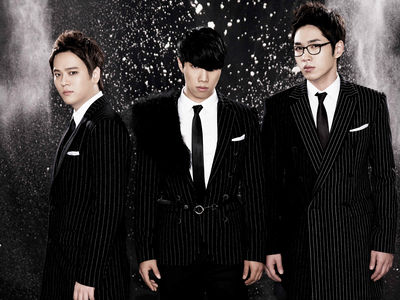 SG Wannabe (SG 워너비), also known as sg WANNA BE+, is a three member Korean pop group that debuted on 2004. They are known for their chart-topping ballads and elaborate music videos which usually stars famous Korean celebrities. In early 2008, member Chae Dong Ha decided to pursue a solo career and left SG Wannabe. He was later replaced by Lee Seok Hun. The capital letters of the group name stand for "Simon & Garfunkel".

SG Wannabe debuted on 2004 with their first album, Wanna Be+. It was produced by Lee Kyung Sub and Park Keun Tae, two very famous music producers in Korea. The title track's music video for the album attracted a lot of attention as well and featured top actors Sol Kyung Gu and Kim Nam Jin, and actresses Kim Yoon Jin and Kang Hye Jung. The production costs were reportedly about 2 billion won. The album was an instant hit with pre-sales of 90,000 copies, selling a total of 211,918 copies.

As with some successful groups, female counterparts are created in hopes of achieving the same level of success the group has achieved. Notable examples are Tong Vfang Xien Qi and Chun Sang Ji Hee The Grace or H.O.T. and S.E.S. SG Wannabe's female counterpart was SeeYa. They were responsible for training the female trio vocally and producing their debut album. 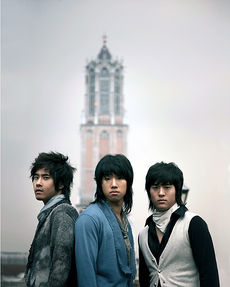