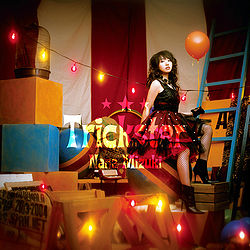 "Trickster" is the 18th single released by Mizuki Nana. The title track was used as the commercial song for Animelomix and the power play song for Music Fighter in October 2008. The B-sides "DISCOTHEQUE" and "Trinity Cross" were used as the respective opening and ending theme for the anime Rosario + Vampire CAPU2. "DISCOTHEQUE" also was NTV program Shoukai Jouhou Variety Sukkiri!!'s ending theme in September 2008. The single reached #2 on the Oricon charts and charted for 19 weeks, selling 82,297 copies. Because it sold 77,785 copies in 2008, "Trickster" was the #100 single of the year. 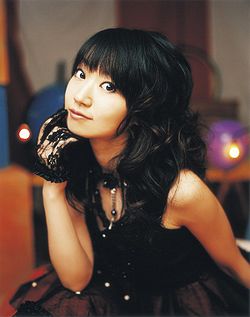