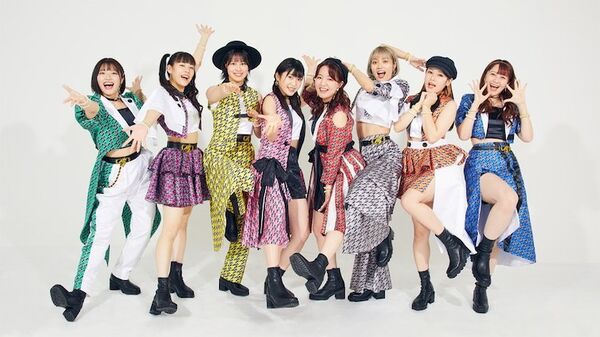 Up Up Girls (Kakko Kari) (アップアップガールズ(仮)), or simply Up Up Girls, is a female Japanese idol group originally consisting of seven graduated Hello! Pro Egg members. They were originally known as Up Front Girls (Kakko Kari) (アップフロントガールズ(仮)), but they changed to their current name in June 2011. As the name implies, the group is still in its tentative stage. The last part of their name, (仮), read 'kakko kari', is used as their logo to represent the group. All members of Up Up Girls are also member of UFZS, a Korean pop dance cover group. As of December 2020, only one original member remains in the group. 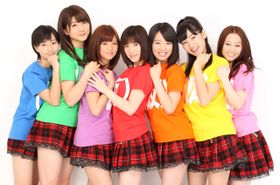 After their last Shinjin Kouen concert in November, Hello! Pro Egg underwent a major change, in which it dramatically slimmed down its membership by graduating more than half of its members. Sengoku Minami was among the first to announce her training completion from Hello! Pro Egg, through Hello! Project fan club website in December.

In March, it was revealed that a new TV show featuring 'Up Front Girls (Kakko Kari)' with Sengoku, Furukawa, Mori, Satou Ayano,Sekine Azusa, and Arai Manami would be aired on Sky Perfect TV channel, entitled Up Front Girls. This was the first mention of the group name. Not long after, Satou, Sekine and Arai announced their training completion. Various Internet social media also opened for Up Front Girls, such as Ameba blogs, a Ustream channel, and a staff Twitter account. In early May, Up Front Girls held a series of shows for a fan club event. In the last show of the event, Saho Akari, who had already completed her training at Hello! Pro Egg in April, made a surprise appearance, and announced herself as a new member of Up Front Girls. The show was broadcast live through Nico Nico Douga. 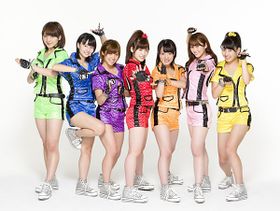 In early June, each member was finally assigned an image color. This procedure was shown live on their weekly Ustream show, where each member actually picked their own image color. The order of this process was determined by two games played before. The result was Sengoku – red, Furukawa – pink, Mori – green, Satou – purple, Saho – yellow, Sekine – orange, and Arai – blue.

In late June, 2011, at their weekly Ustream show, to the members' surprise, the management decided to change the group name to 'Up Up Girls (Kakko Kari)'.

A few days later, it was revealed that the group has been chosen as one of the regular performers at a new stage at Akihabara: MAP Theater, a joint collaboration between PigooHD and Sofmap Akihabara. In September 2011 the officials at the MAP Theater ordered all performances to be stopped after a government inspection found the theater to be unsafe. While the theater was being fixed performances were temporarily moved to a new venue, Hatsudai The DOORS. Eventually the MAP Theater was officially closed, and performances were then continued at various venues.

In late 2011 the group collaborated with the South Korean duo TENSI LOVE, by acting as backup dancers for their performances. The group also performed covers of two of the groups songs at events, "Shine" and "Cake House". Soon after this at another event, the instrumental of a new song was revealed to the members; it was to be their first original song. 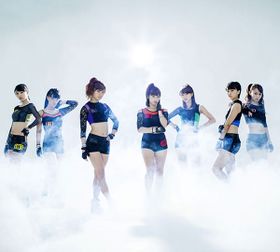 In January 2012 the group performed a tentative version of their still-untitled original song over Ustream. The next month they performed the song yet again and it's title was announced to be "Going my ↑". Since then, the group has been steadily releasing singles at events as (Kakko Kari) versions or unfinished versions and then release the finished projects digitally before their eventual physical releases.

In a "Road to Korea" video released in August 2012 the producer of the group announced that Furukawa Konatsu would now be the leader of the K-pop dance cover group, UFZS.

In November they joined the indie record label T-Palette, a label led by TOWER RECORDS.

The group performed and held fan events for the first time in South Korea in September 2016, where they participated in the collaborative event Nikkan Idol Summit in Seoul with Japanese group Ciao Bella Cinquetti and Korean groups Rainbow and APRIL on September 10, 2016.

They later accomplished another large goal on November 8, 2016, by holding a solo concert at the Nippon Budokan venue. 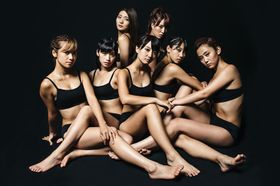 An audition for a second generation of Up Up Girls was announced at the concert, though it was not specified if the winners would be members of the group or part of a new sister group. An age limit of 12 to 23 years old was also reported, but starting and ending dates for the audition were not given.

On February 25th, the winners of the audition were announced consisting of Takahagi Chinatsu, Hashimura Riko, Kajishima Aya, and Yoshikawa Mayu. The group had decided to call them Up Up Girls (2) for the time being and would debut on their next single.

In a surprise announcement on March 18th, another member was announced, Nakaoki Rin to join Up Up Girls (2).

On April 28th, it was announced that Sato Ayano & Sengoku Minami will graduate from the group in the summer. They graduated on September 15th. 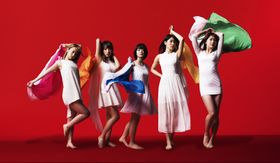 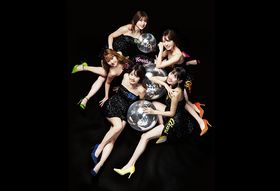 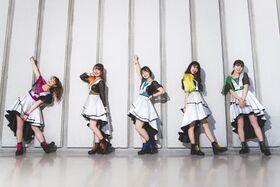 Aired at Sky Perfect Channel as a monthly show, re-aired weekly and available to watch at pay per view service PigooHD, Up Up Girls' TV show titled the same as their name, Up Up Girls, featuring all members of the group. The show follows the pattern of a typical idol TV show, with lots of games and challenges done by the members. Occasionally, the show also includes various footage of the group's activities, such as events and live performances.

Two blogs opened for the group at Ameba, one for the members' daily blogging, and one solely for news purposes. They also have two internet video and broadcast portals. The first is Ustream, where they do a weekly show every Monday night. The second is Nico Nico Douga, where they upload various videos, ranging from event footage to dance covers. The staff also have an active account on Twitter. In 2012 the group started another regular internet broadcast titled "JouJou Shoujo's" (上々少女’s), through TV Asahi Douga.

Up Up Girls performed live every Thursday at MAP Theater, Akihabara, as one of the regular weekday acts until the theater was closed down. For a short time they moved their act to Hatsudai The DOORS. They still regularly perform at different venues. 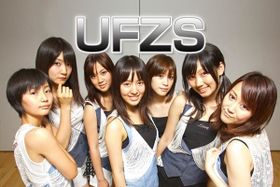 All Up Up Girls members are also member of UFZS. UFZS is a dance unit focusing mainly on covering Korean pop songs. It is produced by Josei Jishin. The group was revealed in late February, 2011, long before Up Up Girls was even revealed to the public. Initially formed to compete in a K-dance competition, "DREAM ON! vol.2", the group has since made a few appearance in a number of events and competitions, including the Japanese round of the Korean TV talent show, Superstar K 3.

UFZS was originally a five members unit: Furukawa, Mori, Satou, Sekine, and Arai. Sengoku and Saho joined later, in May, 2011, making all Up Up Girls members also member of the dance unit.