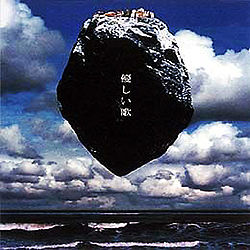 "Yasashii Uta" is the 20th single released by Mr.Children. The title track was used as the Asahi "WONDA" commercial song. "Hana" is a re-arranged version of their 1996 single "Hana -Mémento-Mori-". The single reached #1 on the Oricon weekly charts and sold 472,380 copies, becoming the #34 single of 2001. It charted for fifteen weeks and sold a total of 477,810 copies.