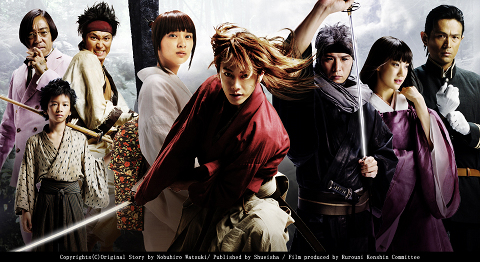 LA EigaFest 2012 has announced that its opening film will be the live-action “Rurouni Kenshin” movie, which will make its North American premiere with that screening. Director Otomo Keishi will attend both the premiere and the festival’s opening red carpet ceremony.

LA EigaFest is a Japanese film festival that started in 2011 with sponsorship from Los Angeles’s Japan Film Society. This year’s festival will be held on December 14-16 at the Egyptian Theatre in Los Angeles.

Fukiishi Kazue to star in “Barairo no Seisen” drama series