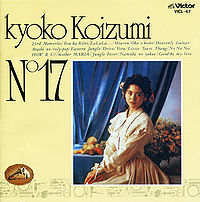 There are currently two versions of "23rd Memories" to be found in Koizumi Kyoko's discography.

23rd Memories (Instrumental)
Found on Koizumi Kyoko's first remix single, "KOIZUMIX PRODUCTION I", as track #2 on Side B. It is also found on the album MASTER MIX PARTY as track #2.