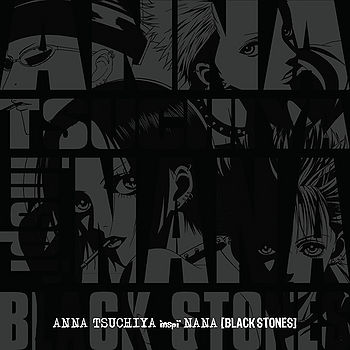 ANNA TSUCHIYA inspi’ NANA (BLACK STONES) is the self-titled Character album recorded by Tsuchiya Anna, under the name ANNA TSUCHIYA inspi’ NANA (BLACK STONES). Tsuchiya played the singing voice for Osaki Nana in the anime NANA, who is the singer for the punk-rock band the BLACK STONES. The songs found on this album were used as opening and ending themes, and insert songs for the series. The DVD bonus includes video clips as well as performances of NANA SPECIAL STREET LIVE at Shinjuku Station Square on July 25th 2006.

It reached the #17 position on Oricon charts, charted for four weeks and sold 18,252 copies. A month later it was followed by the release of the split best-of collection, NANA BEST. The record was split with OLIVIA who recorded as OLIVIA inspi' REIRA (TRAPNEST) for the series.