"Crazy World" is the eighth single recorded by Tsuchiya Anna and features rapper AI. It was used as the Premier Dam commercial theme. The coupling track "What you gonna do?" features another collaboration between ANNA and producer Joey Carbone. The music is by Lisa Huang and Joey Carbone; they have worked together before on hits like KAT-TUN's "SIGNAL".

It reached #19 on the weekly Oricon chart, and continued to rank for a total of six weeks. "Crazy World" has sold 12,857 copies. 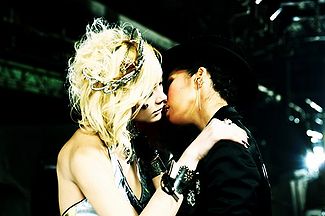 There are currently two versions of "Crazy World" to be found in Tsuchiya Anna's discography. These are listed in order of chronological release.