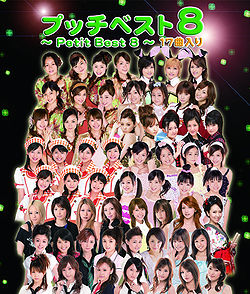 "Atsui Tamashii" is a song recorded by GAM. It appears on the album Petit Best 8 as track #17. "Atsui Tamashii" was originally intended to be released as GAM's fourth major single, but after Fujimoto Miki's scandal and subsequent hiatus, the release was cancelled.