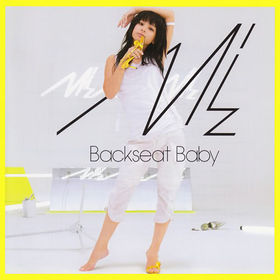 "Backseat Baby" is the sixth single released by Watanabe Mizuki, but it's the fourth released under the stage name Miz. The title track is a remake song from her Swedish album Story Untold, but re-written with Japanese lyrics. Unlike her previous works that were based around nature, this single brings a new concept described as "Miz + White + Fashion". The single includes a CD-Extra containing six different desktop wallpaper calendars for computer (each wallpaper has two months printed on it, beginning with December 2005 and ending with November 2006). The single reached #64 on the Oricon charts and charted for 2 weeks.