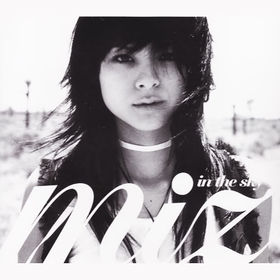 "In The Sky" is the fifth single released by Watanabe Mizuki, but it's the third released under the stage name Miz. The title track was the main theme for the Playstation 2 game Grandia III. "In The Sky" is a remake of Miz's song "Amazing" from her Swedish album Story Untold. The first pressings of both editions came with a special slip of paper featuring an illustration of Grandia III's two main characters. The limited edition comes with a video clip to "In the Sky" featuring game footage. The cover shoot and music video were filmed in Los Angeles, California. The single reached #31 on the Oricon charts and charted for 6 weeks, selling 11,036 copies.