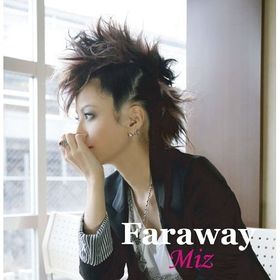 "Faraway" is the eleventh single released by Watanabe Mizuki, but it's the sixth released under the stage name Miz. It is her first single since her two-year hiatus and name change from "Mizrock". The title track was used as the ending theme song for the TV program Geki☆Otoboke. The single did not chart on the Oricon charts.