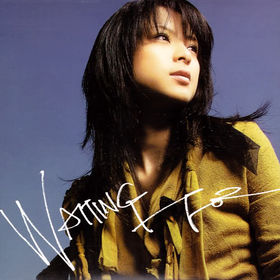 "Waiting for" is the fourth single released by Watanabe Mizuki, but it's the second released under the stage name Miz. The title track was later re-arranged and re-released in English under the title "Waiting". The cover shoot and music video were filmed in Gotland, Sweden. The single reached #61 on the Oricon charts and charted for 3 weeks.