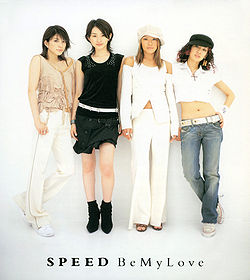 "Be My Love" is the thirteenth single released by SPEED. It was the second temporary reassembling of the group since their disbandment in 2000 and previous temporary resembling with the single One More Dream for a special concert event in 2001. This would also be the groups first single since their debut that was not released by TOY'S FACTORY as they switched to avex trax's sub-label SONIC GROOVE.

The single reached #2 on the weekly Oricon chart, and stayed on the chat for a total of 11 weeks.