Carry On My Way 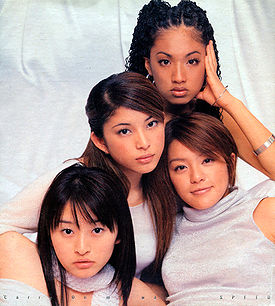 Carry On My Way is the third studio album released by SPEED and their last album before their first official disbandment in March 2000. It was released under TOY'S FACTORY and all songs were written and produced by Hiromasa Ijichi. For this album, SPEED worked with new sounds, giving them a heavier hip-hip and R&B sound than on any of their previous albums. They are noticeably more matured in this album than any of their previous albums too, in terms of sound and image.

The album reached #1 on the weekly Oricon charts and charted for twelve weeks, selling 884,980 copies. It also reached #22 on the yearly Oricon chart for 2000.