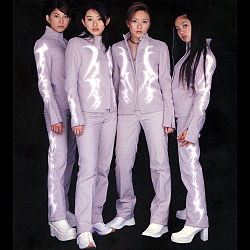 "Long Way Home" is the eleventh single released by SPEED. The single was to be be the group's final as they announced plans to disband prior to it's release. The single reached #2 on the weekly Oricon charts and charted for 12 weeks. Since it sold 480,530 copies in 1999, the single also reached #44 on the yearly Oricon chart for that year.