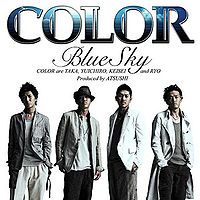 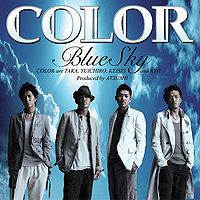 "Blue Sky" is the sixth single released by COLOR. It was released in two editions CD+DVD and CD Only. First presses for both editions include a bonus track, which was a cover of [wikipedia:K-Ci & JoJo|K-Ci & JoJo]]'s "Tell Me It's Real". The title track was used as the TV show Omo☆San ending theme. The single reached #23 on the Oricon charts, and charted for four weeks.