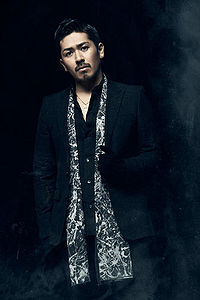 TAKA is a Japanese singer. He is a member of the vocal group DEEP. He is the only remaining member of the original line-up, and become the leader of the group after ATSUSHI left. While the group was on hiatus, in July 2006, he participated on the "EXILE VOCAL BATTLE AUDITION 2006 ~ASIAN DREAM~" and become one of the finalists; The five finalists formed the unit Dreamers ~EXILE VOCAL BATTLE AUDITION FINALIST~ in 2007.