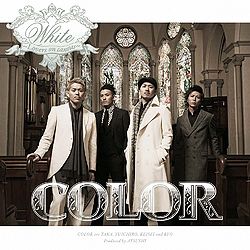 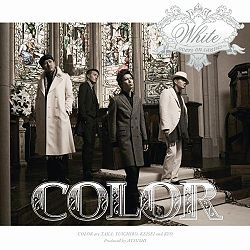 WHITE ~Lovers on canvas~ is the fourth album released by COLOR. It was also their last release as COLOR, before changing the group name to DEEP. The album was released in two editions, CD+DVD and CD Only. First press editions include a cover song. The song "Stay on" was used as ending theme song for the TV show Renai Hyakkei. The song "SORA" was later re-released with the title "SORA ~Kono Koe ga Todoku Made~" and included on DEEP' single "milestone / SORA ~Kono Koe ga Todoku Made~". The album reached #4 on the Oricon charts, and charted for 6 weeks.