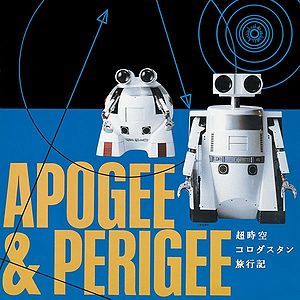 Choujikuu Korodasutan Ryokouki is the second album released by Togawa Jun and first under the name Apogee & Perigee. Apogee & Perigee are two robots that appeared in a series of Japanese TV commercials for Mild Nikka whisky and the album tells their story in Togawa's way. The album has been described as very theatrical like her previous work, but it contains more of an electronic feel. The 2011 reissue reached #292 on Oricon charts, and charted for 1 week.