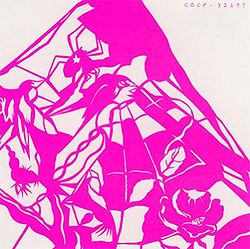 Hitoto Omoi is the second studio album released by Hitoto Yo. The album was released in three editions: a CD only edition, a first press CD+DVD version and one month later a limited CD+Live DVD edition. The limited edition featured eight highlights from Yo's Hitoto Yo LIVE TOUR 2004 ~Tetoshan DVD that was released on the same day. The interlude was featured in the movie Café Lumière. The album reached #3 on the Oricon weekly charts and charted for a total of 103 weeks, selling 346,138 copies. It became the #54 album of 2004, selling 259,804 units. The limited tour edition reached #46 on the Oricon weekly charts and charted for 13 weeks, selling 34,201 copies.