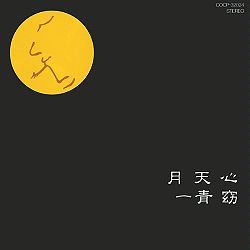 Tsukitenshin is the first studio album released by Hitoto Yo. The song "sunny side up" was later used in 2004 as the opening theme song to the anime Aishiteruze Baby. The last track, "Bang Chhun-hong", is a cover of a traditional Taiwanese folk song, which was used for "Kirin" beer commercial song in Taiwan. Hitoto was most likely inspired by David Tao's cover of the song (who she cites as one of her favourite artists) to cover it herself. This album reached #4 on the Oricon weekly charts and charted for 87 weeks, selling 608,948 copies. It became the #17 album of 2003, selling 539,648 units.