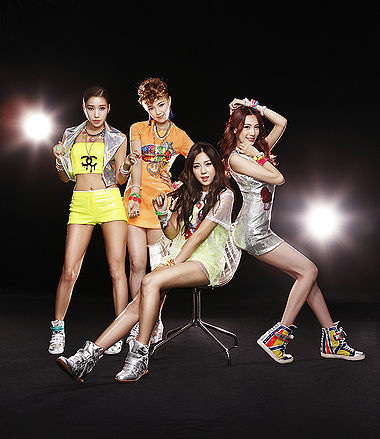 Jewelry (쥬얼리) was a Korean pop girl group created by Star Empire Entertainment. They are best known for their hit songs "Super Star" and "ONE more time". The group debuted in Japan in 2004 under the GIZA studio label. Jewelry is currently the longest running girl group in K-pop, lasting 14 years since their debut in 2001 to their disbandment in 2015. 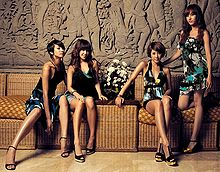 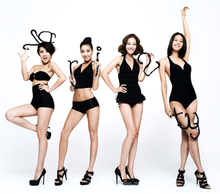 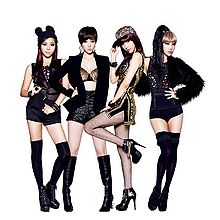 Lee Ji Hyun and Cho Min Ah left the group in 2006 and were replaced with Eun Jung and Baby-J. At the end of 2009, Seo In Young and Park Jung Ah announced they would leave the group after the repackaged Sophisticated album promotions.

In January 17, 2011, it was revealed that the group would have their comeback and release a digital single, "Back It Up", in January 27, 2011. In January 19, 2011, Star Empire Entertainment announced that Jewelry's fourth member, Ye Won, a 5 year trainee under the label, had joined Jewelry.

On May 16, 2011, Jewelry released their 5th digital single, named "Pass". In March 2014, Eun Jung left the group due to her contract with Star Empire expired. Star Empire stated that the group will continue with a new member soon. A new member, Soo Yeon joined Jewelry and had her first performance with the group in July 19, 2014. In November 2014, Baby-J wrote on twitter that she would not be renewing her contract with Star Empire and would be focusing on her music studies.

In January 2015 Star Empire officially announced the group's disbandment. With Semi's contract ending and her departure from the company after Eun Jung and Baby-J, Ye Won would have been the only member in the group.