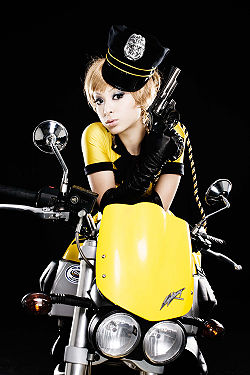 Miz (ミズ) is a Japanese pop-rock singer currently signed with Mammoth Pro agency. She originally debuted in 1999 under Universal Music Japan using her real name, Watanabe Mizuki releasing two singles. In 2003 she begun to work with Swedish producer Tord Backstrom, and debuted under Victor Entertainment with the pseudonym Miz in 2004. That same year, Watanabe released an English album in Sweden, with the lead single "Waiting" reaching #8 on the Hitlistan Swedish singles chart. In 2007 Watanabe returned to Universal Music Japan, changed her stage name to Mizrock, and released her first mini-album Good bye, yesterday and three singles, however in 2009 she announced on her official blog she changed her stage name back to Miz. Her biggest hits in Japan are "New Day" and "In The Sky", the theme song for the Square Enix role-playing video game Grandia III. 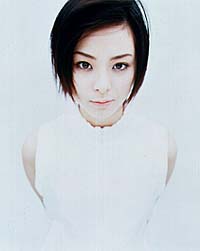 Mizrock first started to like music through the soundtracks of Miyazaki Hayao films. She first wanted to become a singer after watching Lauryn Hill perform in the movie Sister Act 2. In mid-1999, Mizrock entered the nation-wide beauty contest "'99 Princess Audition", and was the grand winner out of the 3,200 entrants. Due to this, in mid-1999 she debuted under Universal Music Japan using her real name Watanabe Mizuki with the single "I WILL" (TX TV show Renai Slot Kuru Kuru V's ending theme song). Five months she released a second single "Ambition" (PlayStation game Kouklo Theatro's theme song), though neither single charted in the top 100 singles. Mizrock wrote the lyrics to all four of the songs featured on these singles. Nothing would be heard from her until August 2001 when a song of hers, "Aoi Kioku" was used as the image song in the PC game Hello, world. This song would not surface until October the following year, when it was released on the soundtrack for the game.

From 2003, she worked in cooperation with Swedish producer Tord Backstrom and his staffs, and in February of 2004, she debuted through Victor Entertainment with the single "New Day" under the pseudonym Miz. New Day was used in commercials promoting the Victor record label, which featured herself. The single debuted at #20, and is currently her biggest single. Five months later, Miz's second single, "Waiting for". 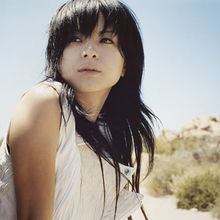 At the same time, Miz was busy with a separate career in Sweden, making an English album. In September Miz released the English version of "Waiting for", simply titled "Waiting" (and featuring a different arrangement). This single reached #8 on the Swedish singles charts, although it dropped out the week later. Later in the month in Japan, Miz's debut album Say It's Forever was released. Much like her debut, the album reached #20 in Japan (however went to #1 for two weeks in Taiwan)). Half of the album featured Miz's own lyrics. Shortly after in November, Miz released a separate, English language in Sweden called Story Untold (however it did not chart in the top 60 albums). A special version was released featuring the entire Say It's Forever album on a bonus disc.

To start off 2005, Miz released her third album in a row, DREAMS, in Japan. The album featured the bulk of Miz's Swedish release album, however had a few omissions and new songs. In August Miz released two items: a photobook called "An Ordinary Day" featuring Miz in Sweden and the "In The Sky" single (the game Square Enix's Grandia III theme song). "In The Sky" was the Japanese version of a song from Story Untold called "Amazing" (interestingly, for the English language release of the game a separate English version was recorded with different lyrics).

Two new singles were quickly released in the following months: a Japanese version of "Backseat Baby" from her Swedish album in late 2005 and a completely new song, "Bittersweet", in 2006. These were followed by her second album, Mizrock.

Miz went on hiatus for a short time after the album's release, afterwards returning in July 2007 with the new mini-album Good bye, yesterday under the new name Mizrock. This new release is under her original music label, Universal. After the release of several singles and a short hiatus, she changed her name back to Miz and released a new single entitled "Faraway" on the 26th of May, 2010. 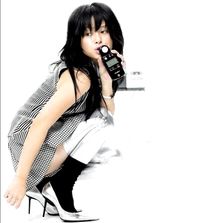