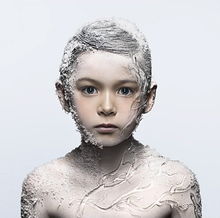 "PLEDGE" is the 11th major and 19th overall single released by the GazettE. Their 18th single "Red", which was announced alongside this single, was released in September of 2010. This was released in three different versions: two Optical (CD+DVD) Impression editions, and an Auditory (CD only) Impression edition coming with the B-side song "VOICELESS FEAR". Optical Impression A comes with the title song's PV along with its making of, and Optical Impression B comes with three live performances taken from their July 22nd, 2010 concert at Nippon Budoukan as a part of their 2010 tour NAMELESS LIBERTY SIX BULLETS -01-.

the GazettE promoting the single