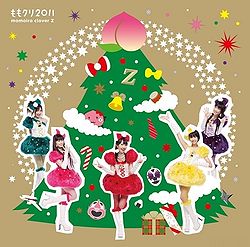 "Shiroi Kaze" is a single released by Momoiro Clover Z. It was only sold at Momoiro Christmas 2011 Saitama Super Arena Taikai live concert, and for a short period of time on King Records's online store. The B-side, sung by UFI, a fictional group from the drama Urero☆Mikakunin Shoujo formed by Momoiro Clover Z members, was used as ending theme song for the same drama.