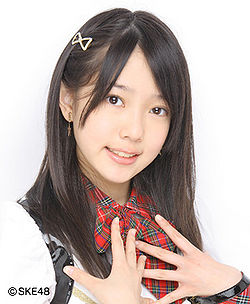 Takai Tsukina (高井つき奈) is a Japanese idol singer under Stardust Promotion Agency. She is a former member of the groups Momoiro Clover and SKE48's 'Team S'. In August 2008, prior Momoiro Clover's debut she left the group to join SKE48, however she graduated only one year later, in August 2009, to focus on her studies.