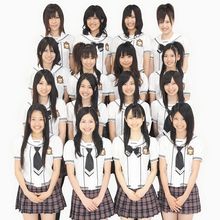 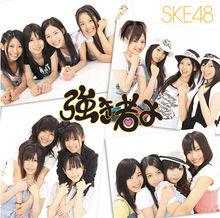 "Tsuyoki Mono yo" is the debut single released by SKE48. "Tsuyoki Mono yo" was used as the second ending theme song for the anime Shin Mazinger Shougeki! Z Hen and as the August theme song for Anison Plus. The single was released in two CD+DVD versions; one regular edition and one Theater edition sold only at SUNSHINE SAKAE and the AKB48 Theater. The single reached #5 on the Oricon charts and charted for six weeks, selling 27,259 copies.

As is the case with AKB48's two indies singles, only one team of members was formed at this time. Additionally, only eleven members of Team S are credited with performing the song. The remaining five (Shinkai, Takai, Matsushita, Mori, Yamashita) are featured in the music video. 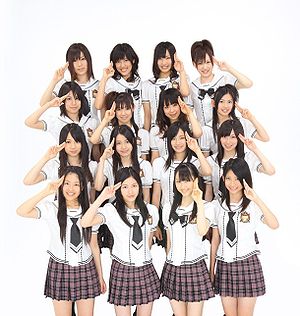 There are currently four versions of "Tsuyoki Mono yo" to be found in SKE48's discography. These versions are:

Total of weeks charting inside Top 200: 6