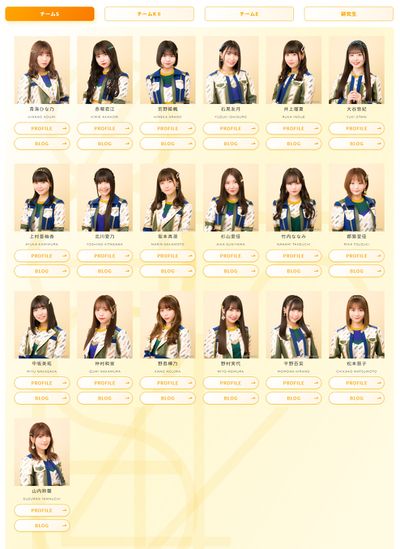 The following members are outside of SKE48 and hold a dual position with Team S.

The following members are native to Team S and hold a dual position with AKB48.

In August 2008, Akimoto Yasushi announced that AKB48 would be getting a sister group centered in Sakae Nagoya to be named SKE48. The first girls to perform were called 'Team S' and they appeared on stage in Sunshine Sakae regularly, performing a revival of AKB48's First Stage. A few months after their debut, Suzuki Kirara graduated to focus on her studies.

In mid 2009, Team S began their first original stage, and soon after Takai Tsukina graduated. Over the next few months and into 2010, Team S went through many member shifts. At the beginning of 2010, Matsushita Yui went on medical leave.

In September 2011, it was announced that Matsushita Yui, who had been on medical leave for over one year, would be graduating to focus on her recovery.