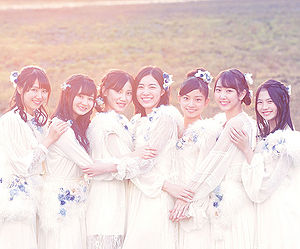 Love Crescendo (ラブ・クレッシェンド) is a unit from SKE48. The group formation was announced during the SKE48's 7th anniversary on October 5, 2015, along with Caramel Cats, Transit Girls, Furumarion, and Death Stock Diamond. Their first single was released on November 25, 2015, with the coupling songs performed by the remaining four units.