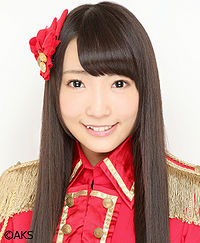 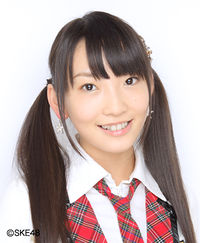 Iguchi Shiori is a Japanese idol singer. She is a former member of SKE48's Team KII. She was originally a member of Team KII before being demoted to Kenkyuusei on December 6, 2010.