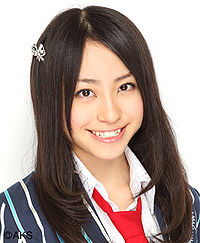 Nakamura Yuka is a Japanese idol singer. She was part of SKE48's Team E until December 27, 2011. On November 28, 2011, Yuka announced that she was going to graduate from Team E at the end of 2011 in order to concentrate on her studies.