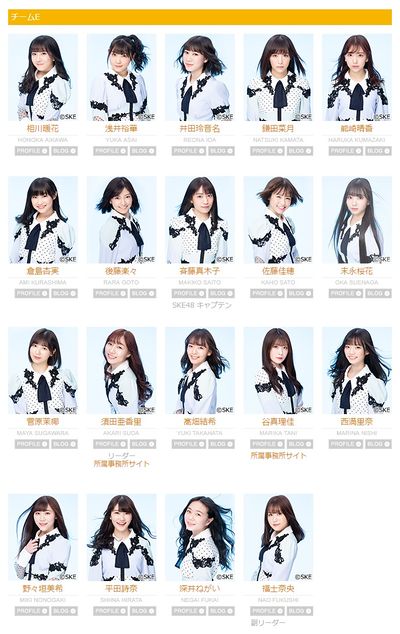 The following members are native to Team E and hold a dual position elsewhere.