What Is Love (TWICE mini-album) 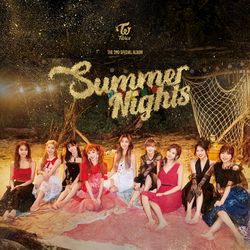 What is Love? is the fifth mini-album released by TWICE. The title track was used as the lead track.

A repackaged version titled Summer Nights was released three months later. The song "Dance the Night Away" was used as the lead track.

Despite being a Korean release for TWICE, the mini-album still managed to chart on the Japanese Oricon chart.