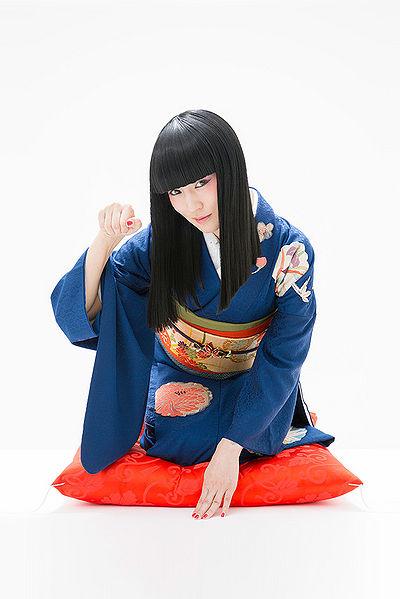 Ando Yuko (安藤裕子) is a Japanese pop singer-songwriter and former actress. She made her musical debut in 2003 under the cutting edge sub-label of avex trax with the mini-album Sally, but didn't hit the big time until the release of her second studio album, Merry Andrew. Ando also takes part in production aspects of her works. She draws all the illustrations found on her covers, booklets, and music videos, and she co-directed the music video for her song "Dramatic Record". She likes to be self-reliant, doing all her own styling and make-up for her photoshoots. 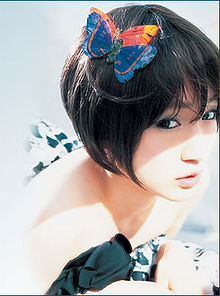 Ando always dreamed of becoming a star, but in a different way than she ended up; she dreamed of making movies by becoming a film director. In 1999, she made her acting debut in the film Mamotte Agetai!. It was only by chance that she came upon a musical career. She happened to meet then-Oricon editor Soukou Koike when she was applying for a role in a musical. Soukou was so impressed by her singing abilities that he arranged for a musical debut.

In 2003, Ando was featured in an insiders-only live performance, and praise was heaped upon her for the completeness of her works, as well as her singing capabilities. She was soon signed to the avex trax sub-label cutting edge. In July of the same year, she released her debut mini-album, Sally, which failed to chart on the Oricon charts. The title track from the album was used as the opening theme for the Taiwanese drama Meteor Garden.

Six months later in January 2004 came the release of yet another min-album, and do, record., where the track "Wasuremono no Mori" was used as a theme song for the anime Gilgamesh. It became Ando's first release to make an appearance on the Oricon charts, peaking at #54 on the weekly chart. In May 2004, she released her debut single, "Mizuiro no Shirabe". The single only ranked #139 on the Oricon weekly chart. Four months later came the release of Ando's first full-length album, Middle Tempo Magic. The song used to promote the album was "Rinjin ni Hikari ga Sasu Toki", which was used as the ending theme for the movie 2LDK. The album peaked at #63. Although it ranked lower than her second mini-album, it eventually sold more copies. 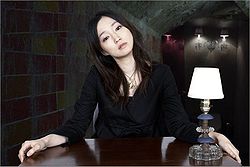 Ando went on to release two more singles, both of which did not fare well, only charting with the top 110 on the Oricon charts. Her big break ended up being her fourth single, "Samishigariya no Kotobatachi". The song was used as an au W32H CM song. The single peaked at #35, making it her highest-ranking single yet. She started heavily promoting her upcoming second album, Merry Andrew. The track "Nouzen Katsura" (a piano ballad) was used as a CM song for Gekkeikan's Tsuki brand of sake. After the CM started airing, Gekkeikan's phone lines were ringing with tons of people calling about the identity of the mystery singer. Her second album, Merry Andrew, became a hit, breaking into the top ten on Oricon.

After the release of Merry Andrew, Ando went on an extensive tour. She has mentioned that she adores performing live, but gets very nervous before a show and usually vomits. In July 2006, Ando released her fifth single, "TEXAS", then her sixth single, "The Still Steel Down", in October. Both singles sold moderately well, barely reaching within the top 50 on the Oricon charts.

On February 14, 2007, Ando released her third album, shabon songs. The album gained similar success like Merry Andrew because of its tie-ins. The track "Little Babe" was used in the 11th commercial for the MUSIC ON! TV series Harmony with the Earth. The commercial featured Ando herself. 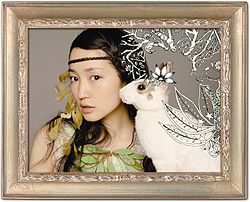 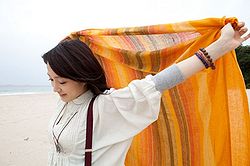 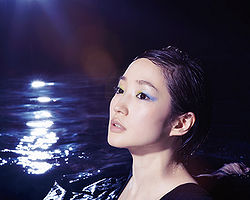 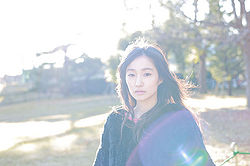