"Jet Coaster Love" is KARA's third Japanese single and first Japanese digital single. It was released in three editions: CD+DVD, CD + Photobook, and two CD only editions, first press and regular. The title track was used as commercial song for "TBC". The B-side, "Ima, Okuritai "Arigatou"", was used as a theme song for KARA's Japanese drama URAKARA. The first press of the regular edition comes with a bonus track, "SOS (Army Slick’s 2011 bavtronic mix)", a remix version of the song "SOS", which was previously included on their first Japanese studio album Girl's Talk. The original "SOS" was used as the opening song for URAKARA and as commercial song for Lotte Ghana' Milk Chocolate.

The single was originally scheduled to be released on March 23, but it was postponed until April 6 due to the 2011 Tohoku earthquake and tsunami. All income KARA makes from this single will be donated towards the disaster. 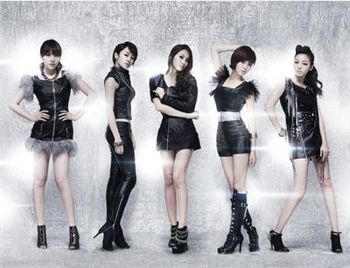