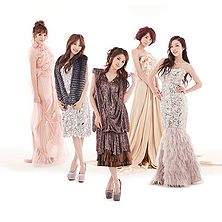 "Step" is the fifth Japanese digital single released by KARA. The song is a Japanese version of the original Korean "STEP" included on their third Korean album of the same name as track #2. The song was included on her sixth Japanese single as track #5 in the CD Only First Press Edition.