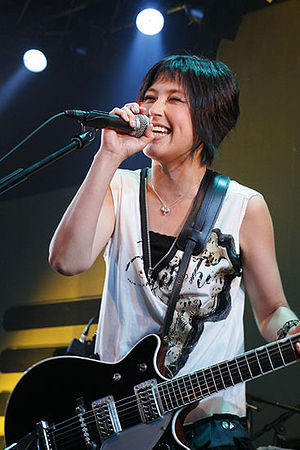 Kishitani Kaori (岸谷香) is a Japanese singer-songwriter, composer, lyricist, guitarist, and former member of the band PRINCESS PRINCESS. Kishitani joined the band Akasaka Komachi in 1983 to 1996 as the main vocalist, which the band changed their name to Princess Princess soon after. Later on, she made her solo debut in 1994 with the single Kiseki no Toki. She later started to compose and write lyrics for many artists in 2001.